“In its overwhelming plethora of images and references, Jafa is making sense of the puzzle that is America... ” 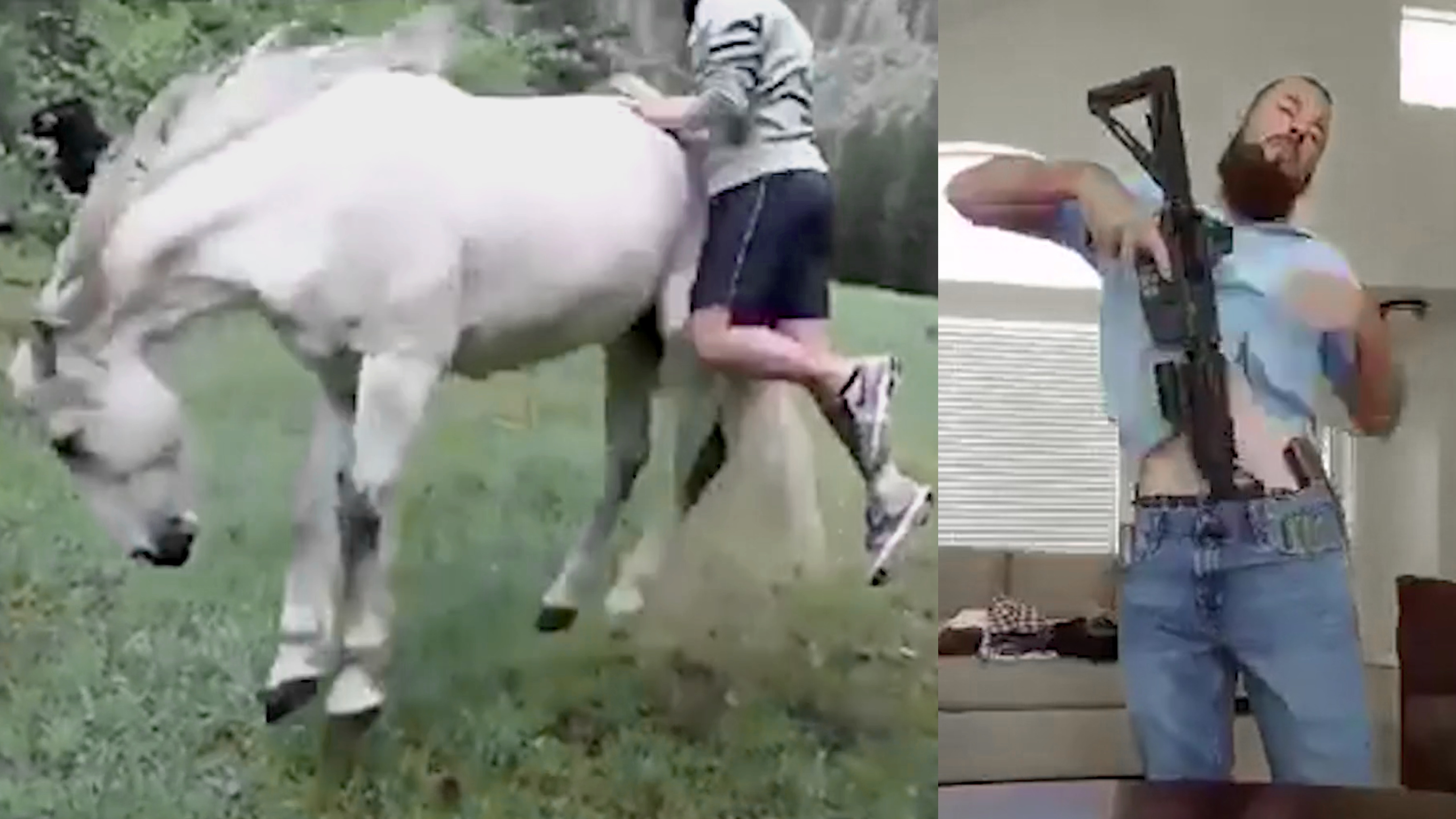 From the outside, it may seem like the United States has lately been in some kind of fugue state with its traditional partners in Europe, its southern borders, climate change, and democratic behaviour in general, but also in matters of racism. In an odd contrast to a real rise in white aggression – think of the eleven people killed at a Pittsburgh synagogue (2018), the nine worshippers killed at a Black Church in Charleston, South Carolina (2015) or the woman run over at the Unite the Right Rally in Charlottesville, Virginia (2017) – it is the delicacy of white feelings that is getting a lot of press. An enormous amount of word count in recent US publications is devoted to parsing out distinctions about why white working class voters rallied behind the current president and whether or not this president’s travel ban or his rhetoric towards immigrants in general is racist. Whiteness studies, a formerly arcane area in academia, has hit the mainstream; a book titled White Fragility is number five on The New York Times bestseller list. Now African American artist Arthur Jafa gleefully weighs in to all this with his The White Album in ways that are intellectual, confounding, and at times even funny.

Arthur Jafa is an artist, filmmaker and photographer who was noted early on for his lush cinematography on films such as Daughters of the Dust (dir. Julie Dash, 1991), work on commercial films such as Stanley Kubrick’s Eyes Wide Shut (1999) and Spike Lee’s Crooklyn (1994), and music videos for Solange. But for a number of years now, Jafa has also been making more experimental, abstract film montages for museums and galleries around the world. Eclectic and unsettling, Jafa is a cultural polymath whose filmic collages run seamlessly from the silliest parts of US culture to some of its most horrific.

His 2016 work Love is the Message, which opened to wide acclaim, was a celebratory, if somewhat elegiac ode to Black America. It is a short film, consisting of a rapid fire selection of images and sound that acts almost subliminally on the viewer, creating an experience that stuns when (and if) the viewer realises it was a mere eight minutes long. When asked about the work, Jafa simply said, ‘I want[ed] to make black cinema with the power, beauty, and alienation of black music’. [1]  Now that he has turned his gaze to white America we get a perspective that, spinning off bell hooks’ early title, is from margin to centre. [2] 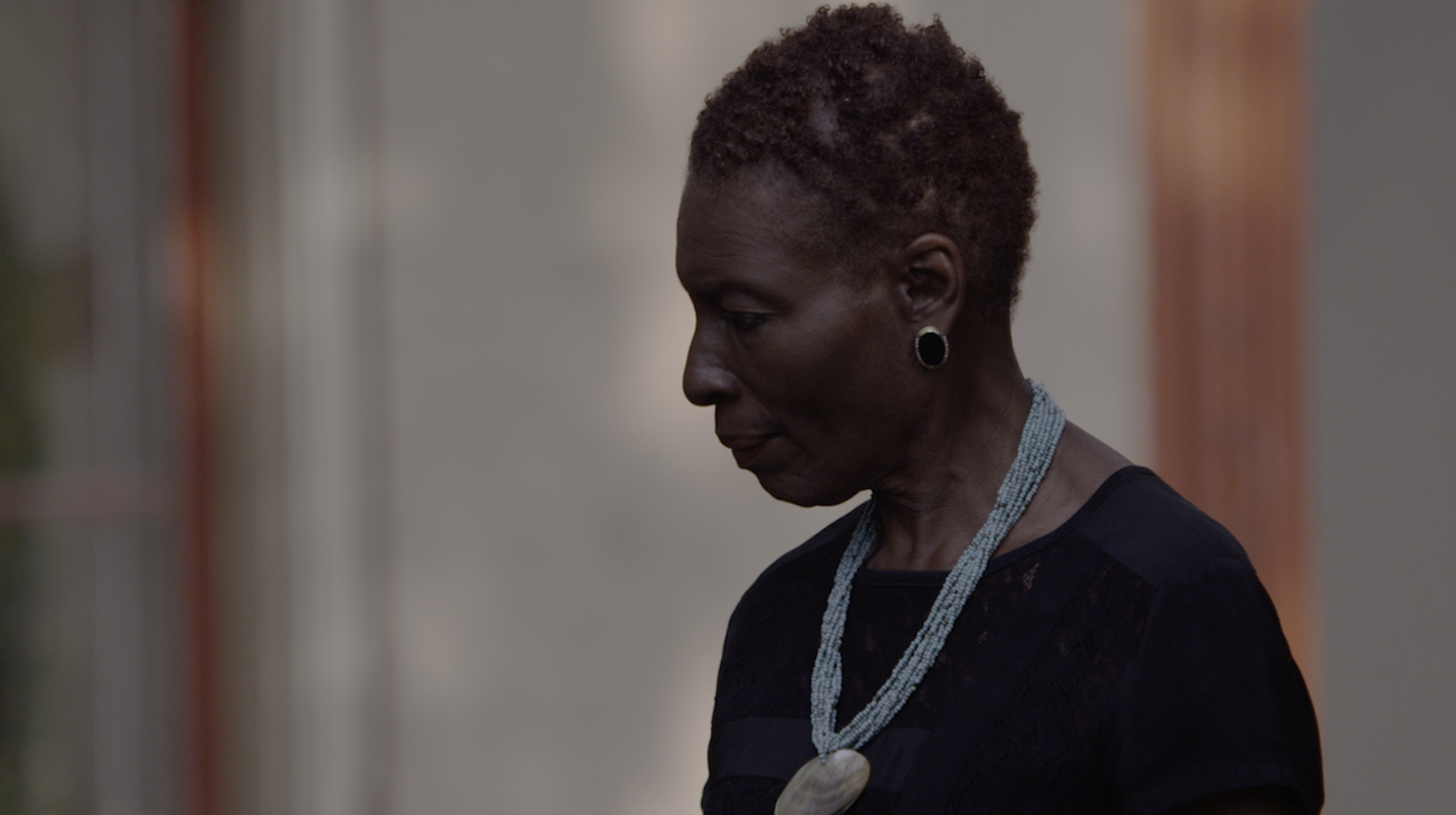 The Berkeley Art Museum–Pacific Film Archives (BAMPFA) in California's San Francisco Bay Area commissioned Jafa’s The White Album, and it is an examination of white America that in some ways can be seen as a follow-up to Love is the Message. However, Jafa, in a conversation with the curators, cautions: ‘I don’t consider [The White Album] a sequel but I don’t consider it not a sequel either because I don’t know exactly what it is.’ [3]  That very ambiguity is what best describes the power of the work. Inchoate and peppered with cultural references, The White Album, like Love is the Message before it, is also a montage, consisting of photographs taken by the artist, images from Instagram, webcams, CCTV and odd videos culled from the internet. But The White Album is nearly forty minutes long and it stays with images and cuts into them in ways that the earlier work didn’t. Visually and aurally, The White Album jumps between sharp, singularly shot or recorded imagery and sounds and the blurrier business associated with appropriations online. Jafa’s sources run from the obscure to the simply strange. Among others, there is a funny Erykah Badu clip, an ecstatic dance in the aisles by a Boston Celtics basketball fan, a long video blog by self-professed ‘redneck’ who dismantles white supremacy in a thick southern drawl and more. With The White Album, Jafa takes his time. He lets the rhythm slow down for some sequences, lingering over parts and then suddenly cutting into them at unlikely moments. 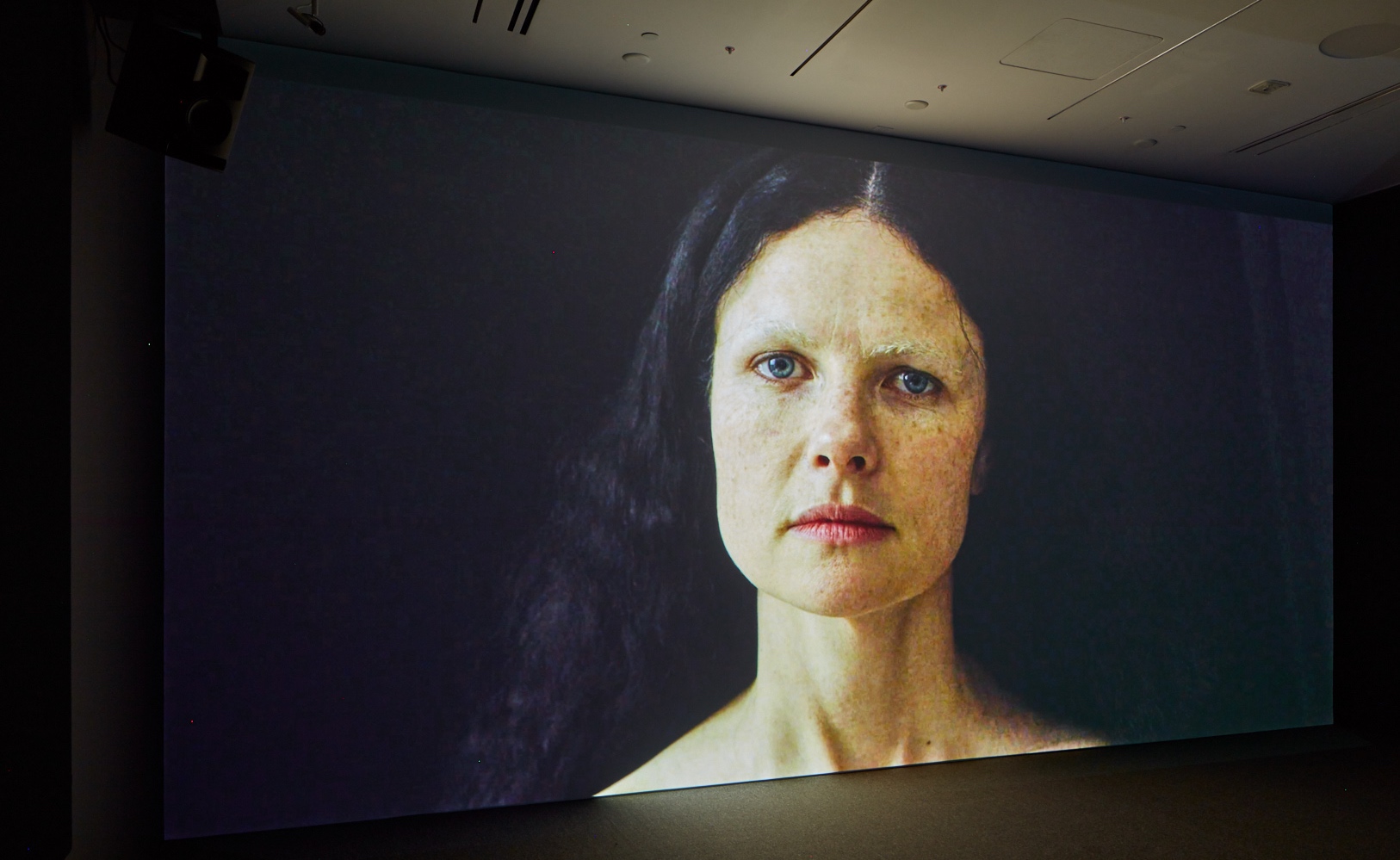 As a study of whiteness, the film begins appropriately enough with a gloriously crisp close-up of Alex, the anti-hero from A Clockwork Orange, before moving into fuzzy aerial footage of US bombing, interspersed with an equally unclear image of the beating of Reginald Denny in the aftermath of the beating of Rodney King in 1991 by the Los Angeles police that was caught on video. These two cuts are brief and are followed by a longer image of a party with an African American stripper dancing around a room full of black men, followed by a scene of a white man seated with his hands tied behind his back. In this latter sequence, the handcuffed man is obviously disturbed, as he is repeatedly yelling invectives, both racial and obscene, at the Black and Latino policemen who stand around him in carefully studied disregard. The work goes on from there, in at least thirty discernibly different filmic vignettes that hone in on the embarrassing, the awful, the curious, the funny and the unsettling.

Jafa dots his examination of whiteness in America with personal imagery (there is a lengthy part at the end that shows his gallery and gallerist Gavin Brown), but his references are largely broad and unsettling. A long sequence is devoted to a video created by Oneohtrix Point Never (Daniel Lopatin) that uses Iggy Pop’s song ‘The Pure and the Damned’ in conjunction with the Safdie brothers’ 2017 film Good Time. For those who haven’t seen that film, it is a story about two poor, white brothers who were clearly left out of the American Dream, and begins with them adopting blackface masks in order to (unsuccessfully, it turns out) rob a bank. If this sounds like an overload of information, it is, but rewardingly so. In addition to the song’s lyrical emphasis on ‘pure’, and to Iggy Pop’s own punk sensibilities, the animated video clip shown in Jafa’s film highlights that peculiar icon of American individualism: the slightly crazed and bearded, white mountain man in his shambling wilderness retreat. (Think of Ted Kaczynski, ‘the Unabomber’.)

In its overwhelming plethora of images and references, Jafa is making sense of the puzzle that is America using the same resources that are available to us all. And he does it with humour as often as pathos. Jafa has compared his process in this work to the musical mixes of the late Larry Levan, a legendary house, disco and 1980s funk DJ. Jafa points out that ‘[w]hat they were doing, the kind of volatility, the dynamics of how they’re manipulating the bpm of different tracks, making them align (and misalign) … this to me is bound up with the Duchamp thing. Duchamp had a readymade, boom! But what if you have to take five readymades and you have to organize them in space in relationship to each other?’ [4] 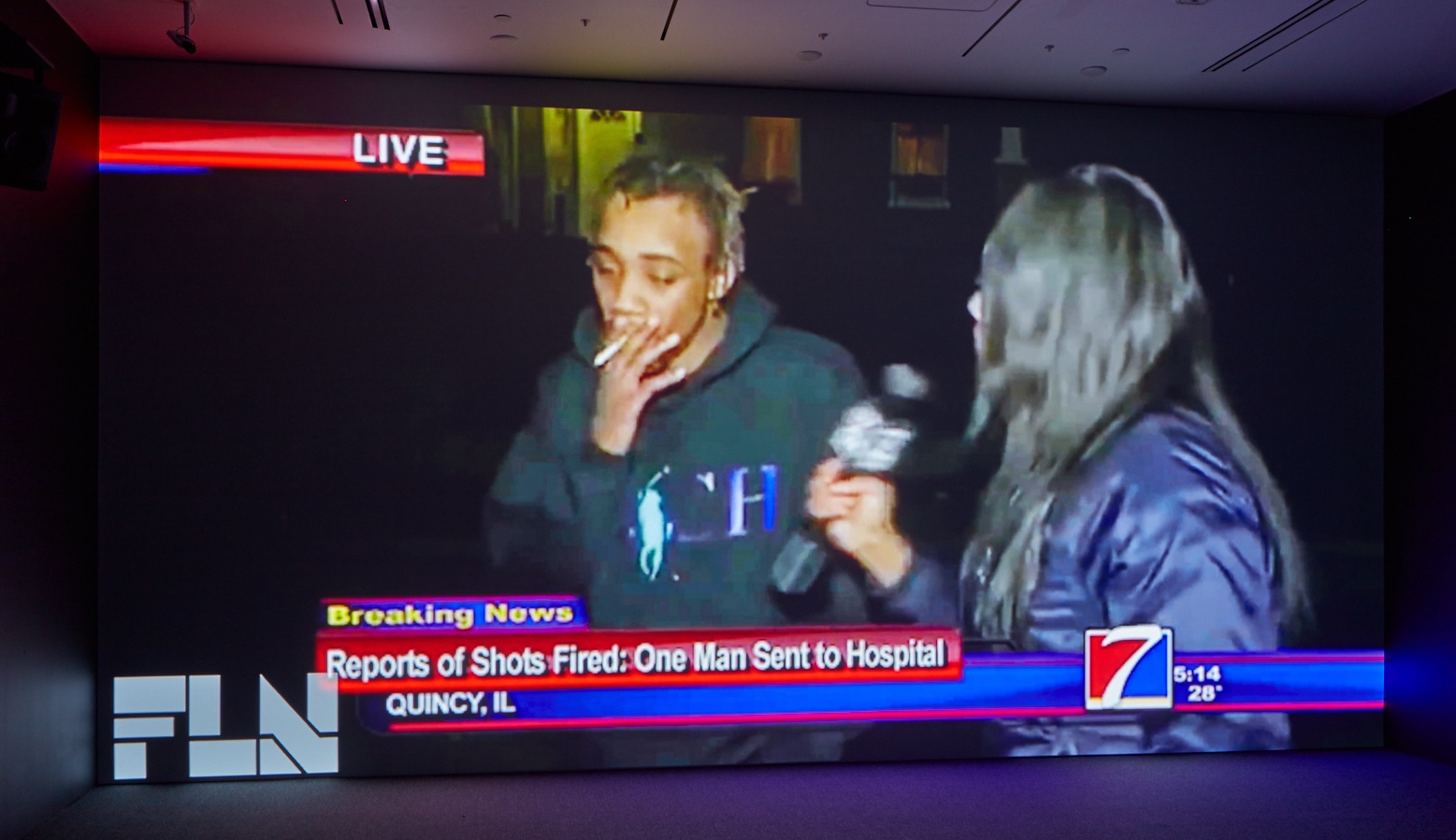 Towards the end of the Iggy Pop/Oneohtrix video mix, Jafa does something chilling. The film slips in a mere few seconds of the surveillance video of Dylann Roof entering the Emanuel African Methodist Church in Charleston, South Carolina, right before he murdered nine of its parishioners. A second or two later, we see the young Roof quietly leaving the building. It would be easy to miss this part because Jafa is far from knee-jerk in his examinations. In another scene, a blonde teenage girl has a blog post where she complains that ‘Hispanic, Black people, whatever’ are too sensitive. She talks fast, stumbling over her words, defending what she feels is a double standard at play. Her nervous expository is swiftly met by the clear image of a Black man with gold-capped teeth, speaking genially at the camera, ‘You mad… You want me to argue with you? I don’t get paid to argue with you.’ It’s a scene that is almost comic relief in its clarity.

Jafa also includes a digitally altered CNN clip of O J Simpson, where Simpson comes across as the fool he may or may not be. That part seemed to elicit laughs when I was watching the film, but there was dead silence at a later chilling sequence. In that scene, a tall, thin white man is dressed casually in a t-shirt and blue jeans entering a suburban living room. Filmed from dead centre, the man appears to be walking towards us when he stops and suddenly pulls up his t-shirt, deftly pulling a large semi-automatic rife out of his front waistband. The rifle’s very length makes one presume that the item was resting up against his chest and half-way down one leg, although it never once seemed to hamper his walk. He then reaches into his right front pocket and pulls out an ammunition cartridge; then he reaches into his left and pulls out another one, then reaches into his back pockets and pulls out more. It goes on and on as he rifles through his pockets and trousers, revealing eight separate cartridges and ending as he ultimately reaches directly behind him and pulls out a small Glock pistol from his back waist. As a viewer, it is astonishing to watch. Who would have thought that a mere t-shirt and jeans could so effectively cover up a small arsenal? I can only presume my surprise was matched by what people at the Columbine School, the school in Parkland, Florida, the congregants at the Tree of Life Synagogue, or any of the other nearly thirty mass shooting that have taken place in the US in the past two years must have experienced. Except in their case they either died, or watched their friends do so. 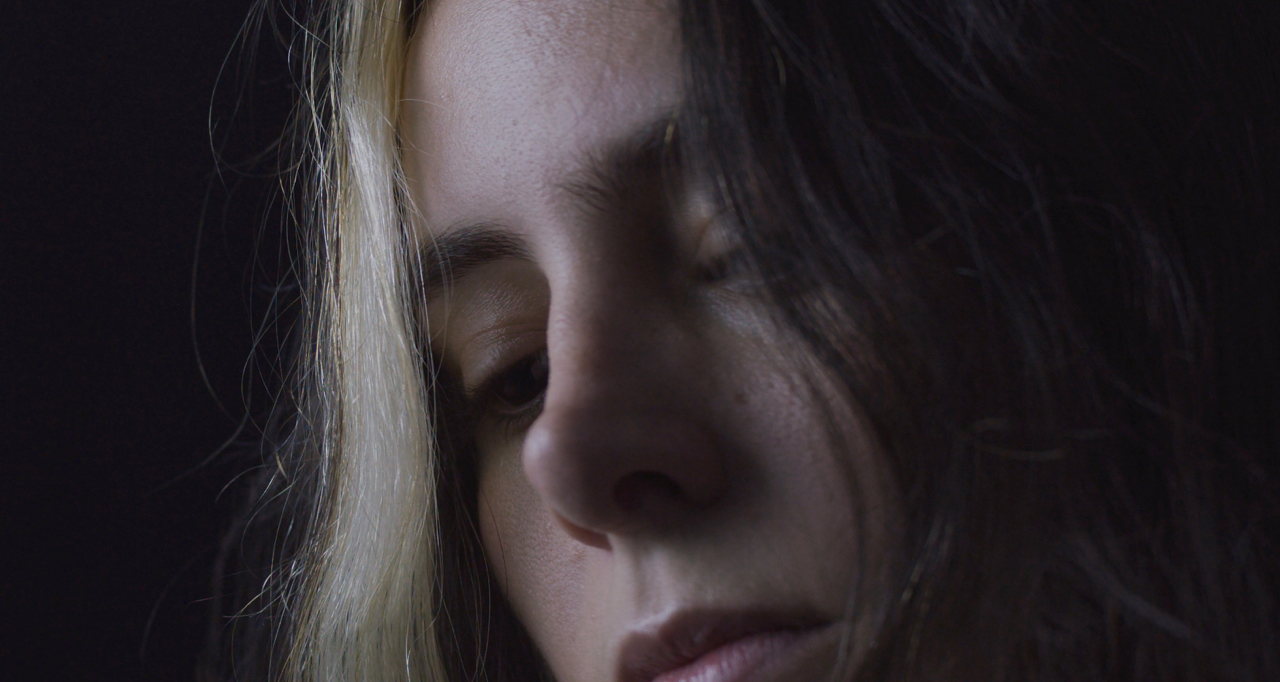 Jafa chooses to end his piece with a sequence of images from his New York Gallery, Gavin Brown. There is an image of a female gallery staff member smiling shyly at the camera with identifying artwork and signage on the walls behind her. Then we see a short series of close-ups of her and Gavin Brown, close-ups that get near enough to their skin to expose every pore. If watching The White Album is like slipping into the black hole of the internet with Jafa as your expert guide… it is. That he ends this wildly informative ride by reminding us that it is his perspective makes it no less accurate.